What Are the Rules on Self Defense in Tennessee? 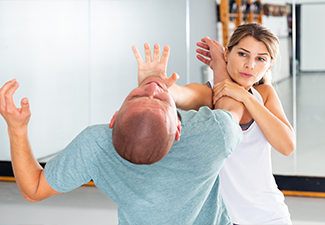 When someone is charged with a criminal offense in Tennessee, one of the defenses they can use is self-defense. Self-defense is a legal defense that can be used to justify an action taken by an individual to protect themselves from another person’s attack.

Contact our criminal defense attorneys at McCarter | East PLLC to learn more about the rules of self-defense in Tennessee. We have the comprehensive skills and resources necessary to help you build a strategic defense. Our office in Murfreesboro, Tennessee, is located a few blocks from the courthouse. We also provide legal counsel to clients in Berry Hill, Tennessee, and surrounding areas.

When Can It Be Used as a Legal Defense?

In the state of Tennessee, self-defense is a legal defense available for individuals charged with a crime. Let’s break down what criteria must be met for self-defense to be valid.

Knowing these elements can help individuals understand when they can legally rely on self-defense as a potential defense during the trial, thereby helping them better prepare for their upcoming case.

Duty to Retreat in Tennessee

Under Tennessee state law, individuals have no “duty to retreat” before using force in self-defense. This means that an individual can use deadly force in self-defense without first trying to escape or retreat from the threat. However, this only applies if the individual has a reasonable belief that they are facing an imminent threat of serious bodily injury or death. Individuals must also prove that they were not engaged in any illegal activity at the time of the incident and did not provoke or initiate the confrontation.

As with other forms of self-defense claims under Tennessee state law, individuals using the stand your ground law or the castle doctrine must prove that they were not engaged in any illegal activity at the time of the attack.

Protect Yourself With Legal Support

To ensure you’re taking all proper steps when claiming self-defense, seek legal assistance from an experienced criminal defense attorney who specializes in cases involving self-defense claims. Our criminal defense attorneys at McCarter | East PLLC provide valuable insight into applicable laws and help you form a strong legal strategy for your case. Reach out to our office in Murfreesboro, Tennessee, to discuss the applicability of self-defense in your case.

What Are the Rules on Self Defense in Tennessee? Should I Still Hire an Attorney if I Think I’m Guilty? Are Parents Responsible for Their Child's Crimes? Mental Health & Criminal Defense