Are There Alternatives to Going to Jail? 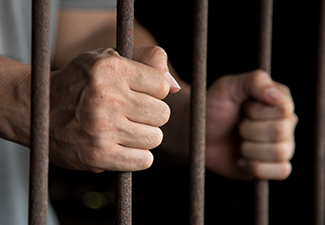 There are many reasons why you would rather pay your debt to society for a criminal conviction in some way other than spending time in a Tennessee jail. You want to keep some of your freedom. You want to work to support yourself and possibly your family. Or, perhaps you are scared of those you will have to live with while incarcerated.

There are also reasons why the court and the prosecuting attorney might believe a person charged with a nonviolent crime for the first time would benefit from a diversion program, potentially keeping a criminal conviction off their record entirely.

The State of Tennessee does provide alternatives to incarceration in jails and prisons throughout the state. At McCarter | East PLLC, we know what those alternatives are and which clients are likely to qualify for them. Our offices are located just down the street from the courthouse, so we spend a significant amount of time there with our clients from Murfreesboro and Berry Hill, Tennessee. If we can help them leave the courtroom and go somewhere other than jail or prison, we will.

What Is Alternative Sentencing in Tennessee?

Alternative sentencing is a broad term encompassing a variety of requirements and penalties that some offenders may complete to avoid incarceration or avoid a criminal conviction entirely. The Tennessee justice system recognizes the greater value that some offenders can receive outside of jail as they pay for crimes they have committed.

Consider the concept of sentencing debtors to prison. If the offense is not paying a debt, the offender should have the opportunity to earn an income to repay it rather than serve time and have no income. Alternative sentencing, in all its forms, applies the same concept. Allowing some offenders to remain productive citizens by working, undergoing treatment, or performing community service may lower recidivism and its heavy financial and moral costs to society.

Pre-trial diversion programs allow some nonviolent, first-time offenders the opportunity to keep a criminal conviction off their record. It affords them the opportunity to complete certain relevant measures designed more to support good behavior than punish poor behavior. No plea is entered, and no sentence is rendered. Instead, the judge orders the completion of certain programs, and if successful, the charges are dropped. If unsuccessful, the prosecuting attorney resumes the process of obtaining a conviction.

Those who qualify for pre-trial diversion have not been offered it before, have committed a nonviolent misdemeanor, and have no prior convictions. As the name implies, this diversion program occurs prior to trial.

Judicial diversion occurs during the trial. An offender may be granted probationary terms that, if completed successfully, result in a finding of not guilty and an opportunity to have the charges expunged from your record. Offenders who violate the terms are found guilty of the charges.

To qualify for judicial diversion, the offender must not have been convicted of a felony or Class A misdemeanor and served time, not received judicial diversion previously, and has entered a plea of guilty, not guilty, or nolo contendere to the current charges.

The probationary terms for pre-trial and judicial diversion may include such measures as treatment, use of monitoring devices, victim restitution, offender education, and more.

What Is House Arrest?

House arrest allows convicted offenders to remain in their homes rather than be incarcerated. Their movement is limited, and they wear electronic devices to monitor compliance. There are opportunities for this alternative sentencing for those convicted of nonviolent felonies and misdemeanors. Offenders offered this option would need to demonstrate that they pose no risk to society.

What Are Community Service, Treatment, and Education Alternatives?

Completion of community service, treatment, and education may be ordered in lieu of incarceration, often as terms of probation in alternative sentencing.

Community service is generally ordered as a number of hours offenders must complete working for a nonprofit or service organization or a governmental entity. The hours must be completed within a specified period, and offenders receive no compensation for their work.

When a substance abuse issue, anger problem, or mental health condition is determined as an underlying cause of an offender’s criminal behavior, they may be ordered to complete certain treatment programs with the expectation that addressing the problem will help offenders avoid trouble with the law in the future.

Education alternatives often focus on helping offenders understand the harms of criminal behavior. For example, an offender convicted of a DUI may be required to participate in a victim impact panel to help them understand how their behavior negatively affects innocent people.

Probation may be supervised by a probation officer or unsupervised, meaning offenders are required to submit evidence of compliance with the terms of probation to the court on their own. Successful completion of probation, usually awarded to nonviolent offenders, may keep an offender out of jail.

Violations of the terms of probation, which could include such measures as submitting to random drug and alcohol screenings, prohibitions on entering any business where alcohol is the primary product, or being unable to travel outside a specified geographic area, will result in a revocation of probation which could land the offender back in jail.

Legal Advocacy When You Need It Most

If you qualify for an alternative sentencing program and want to pursue that option to avoid incarceration, McCarter | East PLLC will work diligently to help you achieve that outcome. Being able to retain some freedoms means you must comply with often stringent terms, but we are dedicated to helping you be successful with that as well.

If you want to learn more about alternative sentencing in Murfreesboro or Berry Hill, Tennessee, call McCarter | East PLLC to speak with a skilled criminal defense attorney today.

What Are the Rules on Self Defense in Tennessee? Should I Still Hire an Attorney if I Think I’m Guilty? Are Parents Responsible for Their Child's Crimes? Mental Health & Criminal Defense