Aggressive & Experienced Representation
Focused On You
SCHEDULE A FREE CONSULTATION 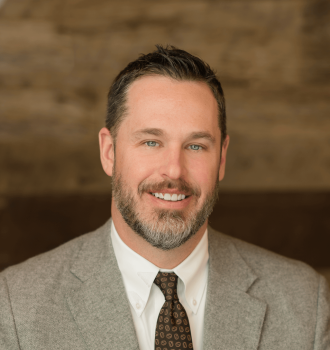 Bert McCarter is a founding partner of McCarter | East PLLC, which was established in July 2009.

After graduating from law school, Bert served as law clerk for the Honorable Judge Don R. Ash of the Circuit Court for Rutherford County in 2000. In 2001, Bert joined the firm that would come to be known as Dotson, Dotson & McCarter in Murfreesboro, Tennessee. He remained there until 2009 when he on to become a founding member of McCarter | East PLLC.

Bert began his practice of law focusing on the areas of domestic relations (i.e. divorce, custody, post-divorce, etc.), criminal defense, and personal injury. Bert has argued multiple times before the Court of Appeals and Criminal Court of Appeals. He has represented several individuals and businesses, both in the prosecution and defense of contractual litigation and personal injury issues. He has also worked on several high-profile domestic and criminal cases, achieving a track record of consistent results that work to the overall benefit of his clients.

In 2011, Bert was appointed to the Judicial Nominating Commission by Lt. Governor Ron Ramsey. As a part of this commission, Bert works with the other members to make judicial nominations to the Tennessee appellate courts and the Tennessee Supreme Court when vacancies arise. Bert is honored and proud to serve the State of Tennessee in this capacity.

In addition to his position on the Judicial Nominating Commission, Bert is an active member of the Tennessee Bar Association and the Rutherford/Cannon County Bar Associations. He has also assisted as a local businessman offering services for the development of gross motor skills, founded the 100 Club of Rutherford County, and serves on the Board of Directors and on the Advisory Council for CB&S Bank.

Bert is married to Kathryn McCarter. Outside of work, Bert enjoys volunteer activities, golf, reading, and spending time with his wife and children.

If you would like to speak to Bert regarding divorce or any other legal matter in Murfreesboro and the surrounding areas, please call him at 615-893-9255.