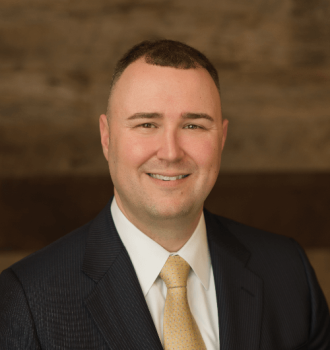 Tony grew up in Cannon County, Tennessee. After graduating from Cannon County High School, he enlisted in the United States Marine Corps where he served 4 years of active duty and 4 years of reserve duty. During his time in the Marine Corps, he was deployed to various locations around the world, including a combat tour to Iraq. For his service, he was awarded several medals and ribbons and honorably discharged in 2008. Tony credits his service in the Marine Corps for his tremendous work ethic and discipline. He is accredited by the Department of Veteran’s Affairs to represent and assist veterans in submitting VA disability claims.

After discharge from active duty, Tony worked as a railroad conductor for a Class I railroad. While in this capacity, he supervised the safe movement and security of trains. He was also an active member of the International Association of Sheet Metal, Air, Rail, and Transportation Workers (SMART) Union where he participated in numerous disciplinary hearings. This experience gives him a unique perspective in solving labor and management disputes, and in litigating railroad personal injury claims under the Federal Employers Liability Act (FELA).

After working in the railroad industry for 9 years, Tony decided to follow a lifelong dream and attend law school. He enrolled in the Nashville School of Law. During his third year of law school, he interned at the United States Attorney’s Office for the Middle District of Tennessee, where he assisted the office in the prosecution of federal criminal cases and representing the United States in civil cases. During his fourth year of law school, Tony was awarded John B. Downey, Jr. scholarship. He was also a member of the Harry Phillips American Inn of Court. In 2018, he graduated in the top 15% of his class with his Juris Doctor.

Prior to joining McCarter | East PLLC, Tony worked as the Judicial Law Clerk for the Honorable Royce Taylor of the Circuit Court of Rutherford County, Part IV. During this time, he was able to gain experience working in the Circuit Court and routinely participated in jury trials of serious felony crimes.

Tony is married to Stephanie Cain. In his free time, Tony enjoys reading, hunting, cooking, playing guitar, and spending time outdoors with his family. He is also a diehard Indiana Hoosiers fan and routinely attends basketball and football games.